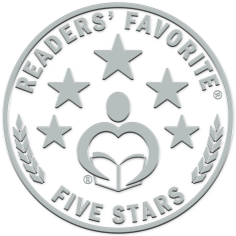 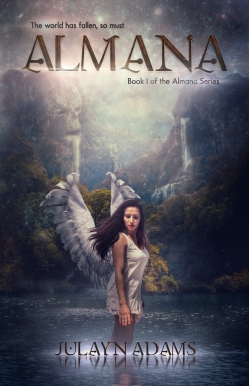 *Available as an ebook or in paperback on Amazon. FREE for Kindle Unlimited readers.

Almana is a Seer amongst the angels and, through her gift, has received visions of the future. There’s a chance to save Earth—to save mankind—and it falls on the shoulders of one human girl. A girl with the power to restore order and bring back peace to a broken world. That’s if she lives long enough to fulfill her destiny.

Almana can choose to leave Heaven to protect the human, but to do so is to give up everything she’s ever known. She will be banished.

A story of friendship, love, betrayal, hope, and despair, Almana is the first of a three-part series.

“If dystopian, young adult fantasy is your thing, I am confident you will love Almana. This is an excellent beginning to this new series and I’m very much looking forward to reading the continuation of the story in Visions, Book II of the Almana Series.”

What people are saying:

“A beautiful story of a very human angel on a mission and a girl who is destined to save the world. It is a story of love and duty, of good and evil, of war and the battle for peace. Beautifully written, this story is addictive and compelling. I could not put this wonderful book down once I started reading this. Loved the ending – in fact I adored every word. The author is one to watch and I cannot wait for the next installment of Almana.”

“This is the first book I’ve read by this author and I was thoroughly impressed. A well designed and written story with an apocalyptic theme, but done in a way that is not all gore and drama…A great book, ends with a well crafted cliffhanger and will surely make people seek to pick up the next by this author!” 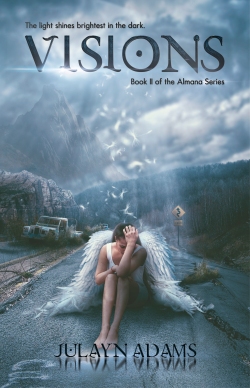 *Available as an ebook or in paperback on Amazon. FREE for Kindle Unlimited readers.

Alexa still believes in hope. She is the reason Almana left heaven to risk everything, including her own immortal soul. But when Almana returns from the abyss with visions of an impending attack on their community, Alexa’s plans to unite with neighboring camps must be expedited. As racism and the brutal effects of the war live on, threatening to infiltrate their newly merged faction, Almana fights the demons plaguing her mind and her her heart.

Visions is the second book in the gripping Almana Series.

A note from the author: “Visions contains subject matter that may be sensitive to some readers. Although not graphic, topics such as racism, sexism, and rape may be upsetting to some and may not be appropriate for young readers.”

What People Are Saying:

“OMG the FEELS! This series has me on a rollercoaster of emotions and I never want it to end! I can’t wait to read more!”

“Wow a sequel with a punch, and hook to draw you back in. Great story flow and characters, another great read. Will continue reading this author.”

“Adams paints an incredible story of a tortured angel struggling to deal with the curse of what truly loving a human being means. And I was enraptured by the descriptions the author gives of this heavenly being, who has had her soul torn apart in the name of love.

I found myself turning page after page, desperate to know how Ali would handle things and what would happen next.”

Available as a paperback on Amazon.

My Brother’s Name is Masen is a picture book written to help foster compassion in young children and raise awareness of Asperger’s Syndrome (AS). It is based on the real life relationship between my sons, Masen and Gavin, and is illustrated by Gavin himself! An encouraging story of love, friendship, and acceptance.

We’re all different and that’s what makes us special!

10% of all proceeds go to Autism Spectrum Australia.